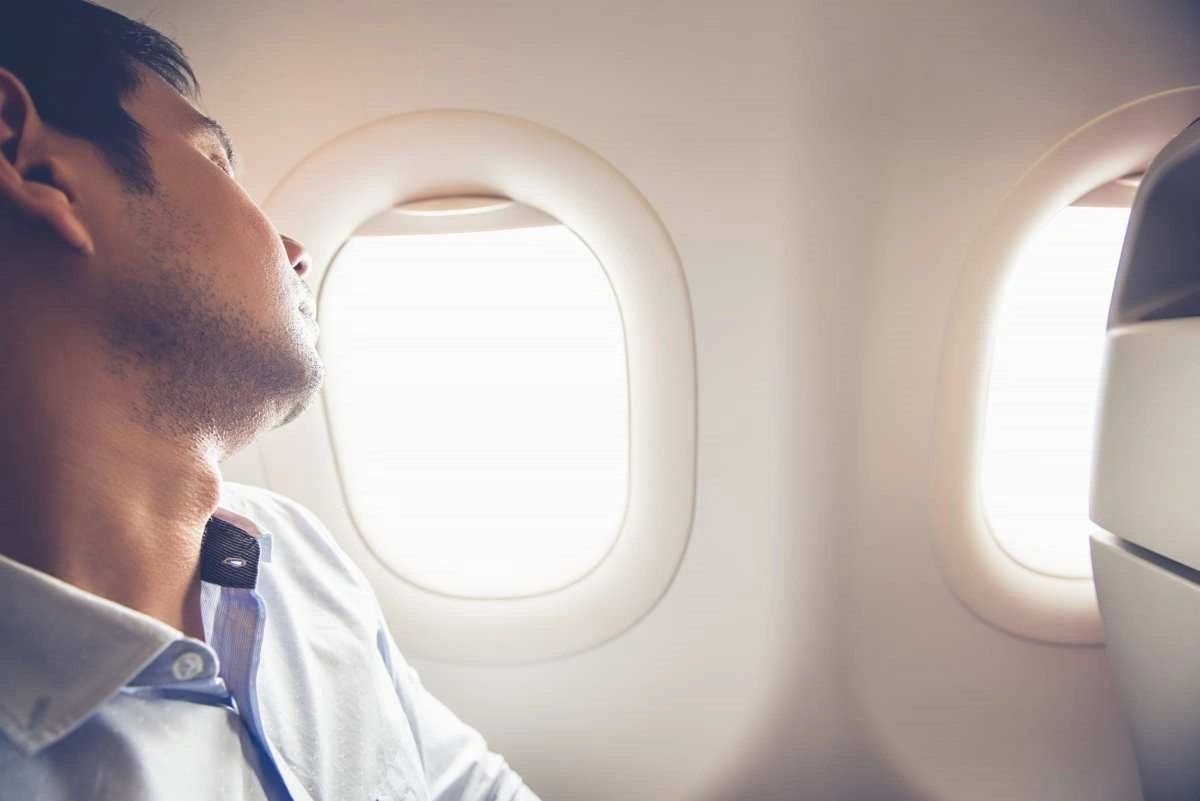 Irrational, or rational, people are afraid of getting on planes right now. Some think all travel is bad, while others don’t mind it, provided travel is done safely and responsibly, between two areas with low infection rates and adequate medical facilities. But in both camps, fears around the actual journey still exists. Should it?

A new study from top scientists at MIT (Massachusetts Institute of Technology) has greater insights than ever before into the likelihood of catching COVID-19 on a flight, and how travellers are still making their way around the world, even on planes where people may have COVID-19, without catching it.

According to MIT Professor Arnold Barnett, the chances of catching COVID-19 on a domestic US flight with a duration of two hours, are 1 in 4,300, or 1 in 7,700 if the airline blocks middle seats. The new study caveats result with a margin of error factor of 2.5, but the number are still compelling, if true.

These death-risk levels are considerably higher than those associated with plane crashes but comparable to those arising from two hours of everyday activities during the pandemic.

The purpose of the study was simple: to settle the debate between whether blocking middle seats actually mattered.

The science behind whether blocking middle seats can make an impact has been highly contested, with top officials such as Dr. Anthony Fauci expressing dismay at airlines, including American Airlines, for refusing to block middle seats, while some say it doesn’t do enough to justify the financial impacts.

According to the results, which are awaiting peer review, blocking middle seats created a safety factor of 1.8, which is a huge margin. In layman’s terms, you’re just under half as likely to catch COVID-19 on a flight if the middle seat is blocked, compared to flights where middle seats are not.

It’s the difference between the probabilities 1/4300 without middle seats blocked and 1/7700 if the middle seat remains blocked.

Methodology Behind The Study

Second, the study aimed to quantify how successful universal mask and other hygiene and distancing measures could be in curbing the flow of COVID-19, in the event of an infected traveller on board.

Finally, the study examined risks associated with where one might be sitting, in relation to the infected person during flight, and whether there was a difference in where the infected passenger was sitting – aka closer to the front of the cabin, middle, rear and so forth.

Air Filters Are No Joke

According to the research, high-grade HEPA filters used on board aircraft, which don’t feature on common forms of mass transit are highly effective. The filters are said to make a marked difference in stemming spread, even when there’s a COVID-19 infected passenger on board, with the study stating…

We posit that the airlines are correct when they contend that the powerful air-purification systems on jet aircraft largely negate the risk of aerosol transmission of Covid-19. Thus, when a contagious passenger is in her seat in row 22, she poses little risk to another traveler seated in row 14.

Going further, the study addressed the elephant in the room, which is the notion that the passenger may be seated directly next to a passenger-carrying COVID-19, aka the spreader on the plane. It’s here that strong data science in favor of blocking middle seats is introduced.

A given passenger can get infected, however, by droplets from a contagious passenger in the same row. But the risk depends on the distance between the two passengers. The meta-analysis of more than 100 studies in The Lancet (Chu et al, 2020; [6]) yields the approximation that infection risk is about 13% given physical contact with the contagious person and that it falls by essentially a factor of two as the distance from that person increases by one meter

As expected, you’re most at risk if you’re literally rubbing elbows with an infected passenger, but with droplet transmission curbed through universal mask-wearing, and distance creating an extra barrier, each meter cuts the risks in half.

The study surmises that adding plexiglass between each row, a concept which has already actually been introduced by cabin manufacturer Priestmangoode, could be of some benefit to airlines in the fight against COVID-19.

Plexiglass barriers between each row are loosely estimated to be 1/4 more effective in blocking spread, though that’s not as wowing as it sounds. That’s because the study estimates standard seatbacks to eliminate 3/4 of the spread between rows.

It’s not hard to then understand why rigorous aircraft cleaning in between each flight can make a meaningful difference.

Is Flying Worth The Risk?

The study gives nuance the notion that someone catching COVID-19 on a plane can go on to cause harm to others outside of the flight, but these scenarios are duly modeled into the results.

Using the USA as an example also makes the study far from a pie in the sky “best case” analysis, given the higher rates of COVID-19 transmission in the USA, compared with other countries currently open for travel.

Travel certainly isn’t without risks, our responsibility these days, but the study results, paired with real-life data from countries like Australia, where sick people were on board, but no one caught COVID-19 signal potential hope for a rebound in travel as practical measures and new treatments mount.

This is a pretty convincing study considering the numbers and the facts provided I say that flying is definitely worth the risk. Afterall at some point we will need to all be brave and learn how to live with the virus and adopt all safety measures to prevent the spreading.