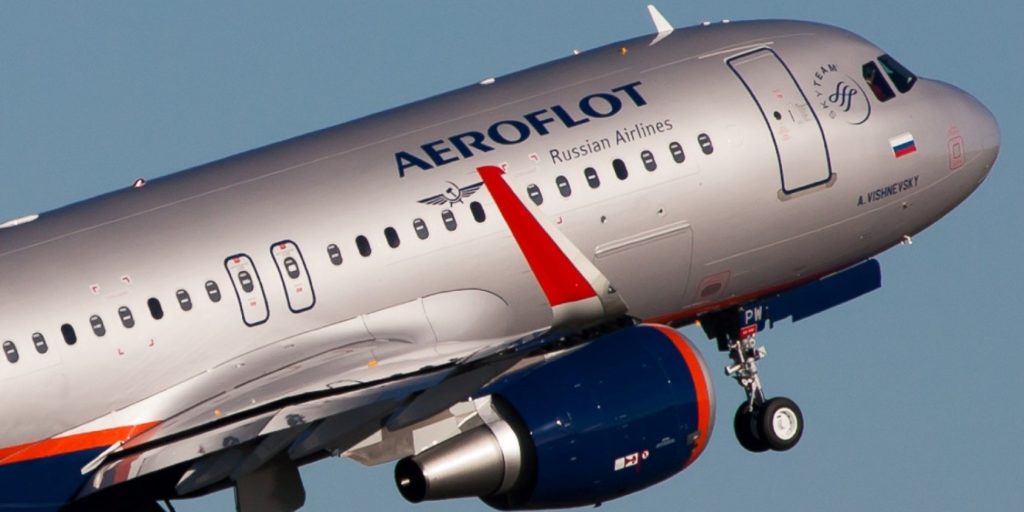 The President of the European Commission Ursula von der Leyen has announced that the European Union will close its airspace to Russian airlines and private jets in response to Russia’s invasion of Ukraine.

All aircraft owned by Russia, registered in Russia, or controlled by Russia will be unable to land, take off, or overfly the European Union’s airspace.

This will apply to any plane owned, chartered,   or otherwise controlled by a Russian legal or natural person. The commercial consequences of the Russian invasion of Ukraine continue to deepen for the country’s airlines including the national carrier Aeroflot.

“We are shutting down the EU airspace for Russians. We propose a prohibition on all Russian-owned, Russian registered, or Russian-controlled aircraft. These aircraft will no more be able to land in, take off, or overfly the territory of the EU,” von der Leyen told a news conference.

Many European countries had already made it clear that they would no longer allow Russian aircraft to fly over their airspace in the coming days.

Finland and Belgium joined other European countries in announcing that they would ramp up sanctions against Moscow earlier this week.

On Twitter, Finland’s Transportation Minister, Timo Harakka, stated that the country is “preparing” for a ban on Russian air traffic in Finland’s airspace.

“Belgium has decided to close its airspace to all Russian airlines,” Prime Minister Alexander De Croo announced in a statement on 27 February.

De Croo said on Twitter that “our European skies are open skies. They’re open for those who connect people, not for those who seek to brutally aggress.”

At least a half-dozen other nations had already banned Russian planes from using their airspace; as a result, flights heading west from Russia were forced to make lengthy detours.

“France is shutting its airspace to all Russian aircraft and airlines from this evening on,” French Transport Minister Jean-Baptiste Djebbari said on Twitter.

In the meantime, flights to and from Russia and overflights of Russian airspace have been suspended by Air France-KLM.

On 27 February, Canada’s Minister of Transportation Omar Alghabra tweeted that the country’s airspace would be closed to Russian aircraft “immediately.”

Russian aeroplanes and planes will be barred from Germany’s airspace for three months starting on 27 February, the German Transport Ministry announced.

The airspace of Lithuania, Latvia, and Estonia has been closed to Russian planes as well.

On the other hand, Moscow has also restricted flights from those countries.

No one knows for sure which route Asian airlines will take to avoid Russian airspace at this time. The most logical route is overflights from Southeast Asia to Europe via India, the Middle East, and Turkey.