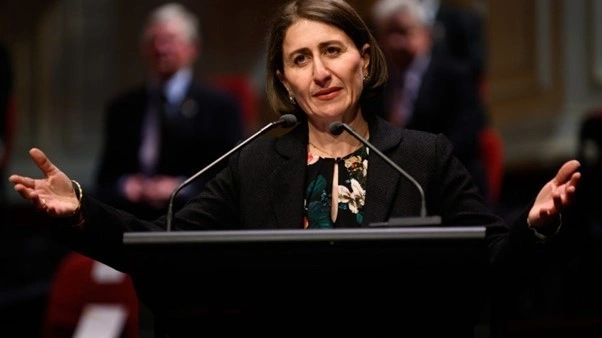 NSW Premier Gladys Berejiklian has derided the federal health minister’s warning that mass vaccination won’t lead to the borders opening as “the biggest load of rubbish I ever heard”.

“That’s the biggest load of rubbish I ever heard,” Ms Berejiklian told reporters on Tuesday.

Asked if she had communicated her views on Mr Hunt’s statement to the prime minister, the premier responded: “That’s a private matter for me.”

Ms Berejiklian’s government has been urging for a more flexible rollout, and particularly for vaccination of over-50s to be brought forward.

She said on Tuesday that 2.9 million of the 6 million adults in NSW were over 50. The health advice is for those under 50 to get the Pfizer over the more plentiful AstraZeneca vaccine because of clotting risks.

“That’s still a lot of people to get vaccinated,” she said.

Ms Berejiklian also waved away concerns that a positive test for an Auckland airport worker could burst the trans-Tasman travel bubble.

A manageable “case or two” should not impede the opening of borders, she said.

A “managed outbreak should be dealt with and life moves on.”