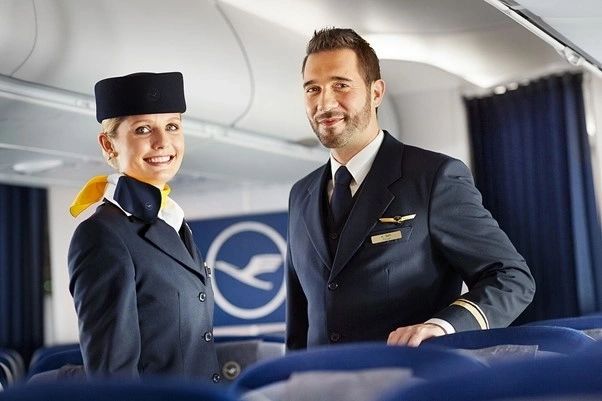 The Lufthansa Group will replace expressions like “ladies and gentleman” during onboard announcements in favour of gender-neutral greetings the airline confirmed on Wednesday. The change will be made not only at Lufthansa but also at Austrian Airlines, SWISS, and its low-cost subsidiary, Eurowings.

Confirming the change in an interview with Business Insider, Lufthansa’s equal opportunities officer Timotheus Piechatzek said ditching an age-old greeting like “ladies and gentleman” (or “Meine Damen und Herren” in German) would take some getting used to.

“We will gradually implement gender-appropriate language within flight operations, i.e. in the announcements of the cabin, cockpit and gate – at the moment, many colleagues are in short-time work in these areas, which is an additional challenge,” Piechatzek explained.

Piechatzek says he has already received a lot of positive feedback for the policy shift, although he admits that it’s still “too early” to tell whether staff and customers will take to the change.

Unfortunately, Piechatzek or anyone else at Lufthansa has been able to decide what greeting to replace “ladies and gentleman” with, although other carriers that have introduced similar policies have relied on the expression: “everyone” or “dear customers”.

A spokesperson for SWISS said language across the airline was currently being “converted” to gender-neutral terms, including on its website and in internal communications. The process started on June 1 which marks the start of Pride month.

Air Canada is believed to have become the first major airline to ditch gendered announcements in late 2019 as part of its efforts to promote equality and welcome all its customers. British low-cost airline EasyJet attempted a similar change a couple of months later but cabin crew are still free to say “ladies and gentleman” if they wish following a public backlash.

In the United States, Delta Air Lines confirmed it would start using gender neutral greetings during onboard announcements last October. At the time, a spokesperson for Delta said: “Promoting inclusion throughout the travel journey is core to creating a safe, comfortable and respectful space for all of our customers and employees.”

Although greetings are gender neutral in Japanese, a decision was made by Japan Airlines last year to change English language announcements to a gender-neutral alternative with cabin crew instructed simply to say “good morning” or “good afternoon”.