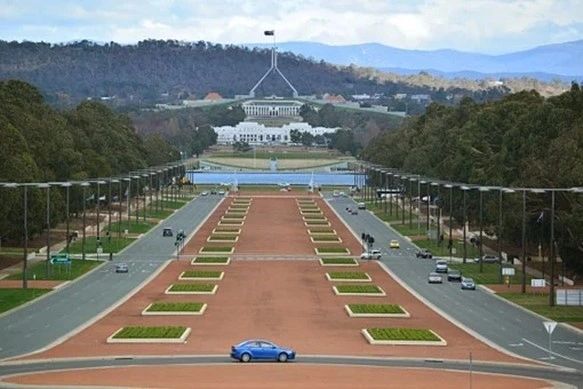 With far less paperwork to do, applications for a streamlined passport renewal sail through the system.

International passengers returning to Australia will now be required to provide a pre-flight negative COVID test, while masks will become compulsory on all flights, under new National Cabinet measures.

At a special meeting between State premiers and Prime Minister Scott Morrison, it was also agreed that National Cabinet will now meet every fortnight, following the Brisbane lockdown and the ongoing outbreak in Sydney.

At the virtual meeting held this morning, it was also decided that masks would become mandatory on both domestic and international flights in Australia and in all domestic airports.

Previously masks on planes had only been recommended. Children under the age of 12 will not be required to wear masks.

The caps on returning international flights have also been reduced in New South Wales, WA, and Queensland until February 15. In WA the reduction will be by 50 percent.

The new measures are in response to the new UK strain of COVID-19 which the PM warned was 70 percent more infectious.

The PM said that 80 percent of Australians registered to come home from overseas are in countries where the UK-strain has been found.

“It moves so quickly, far more quickly than previous strains of the virus, and that means we need to give our contact tracers a head start,” the PM said.

Mr. Morrison also confirmed that quarantine workers will now be subject to COVID-19 daily testing. The national standard had previously been every seven days.

International aircrew will also be required to undergo a COVID-19 test in Australia every seven days or on arrival.

Airlines crew will need to quarantine in dedicated facilities between international flights or for 14 days.

Chief medical officer Paul Kelly said anyone who had been in Brisbane from January 2 should get tested and isolate regardless of where they are in the country.

Professor Kelly said his own office was currently being “fumigated” because one of his staff members had been in Brisbane.

Mr. Morrison praised the decision of the Queensland Government to go into lockdown after a quarantine worker tested positive for the new UK strain of the virus.

National Cabinet had agreed that Brisbane would be declared a hotspot.

He said while it was one case and did not meet the previous definition of a hotspot, he said this was because the worker had tested positive to the new highly contagious UK strain.

Pre-flight testing of returning Australians, first proposed by South Australia, had been on the agenda after the emergency meeting of the National Cabinet was called earlier this week.

“Today, we reviewed the situation with regard to the coronavirus and in particular the effects of the new UK strain, occurring right around the world, “ SA Premier Stephen Marshall said.

“Our thoughts now are with people living in those countries who are now severely impacted by that UK strain.

“It is significantly more virulent, 50 to 70 percent more transmissible than the original strain and we’ve seen in the UK, more than 1000 people die each of the last two or three days.

“And that’s exactly precisely why we’ve taken decisive action today from the national cabinet to make sure that we can minimise the risk of the UK strain having a significant impact here in Australia.”

Mr. Marshall said details of the rollout of pre-flight testing would be released by Prime Minister Scott Morrison.

It was expected to come into force over the next few days, but some logistical issues were still to be resolved.

The PM said the hardship fund which is given to financially support Australians trapped overseas would be extended.

He said $15.5 million had already been paid out so far.

Australians returning from overseas will still be required to isolate for 14 days upon arrival even after receiving a negative test before departure.

Meantime the Australian governments continue to work to slow the spread of coronavirus to save lives.