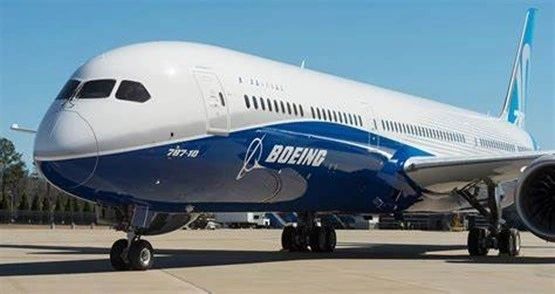 Federal safety officials said they will keep the authority to approve Boeing 787 planes for flight rather than hand it back to the aircraft manufacturer, which has been unable to deliver any new Dreamliner planes since last May due to production issues.

The Federal Aviation Administration announced its decision to Boeing on Tuesday.

The FAA stated that after 787 deliveries resume, it would conduct final inspections and retain authority to approve each new plane until it is satisfied that Boeing’s quality control and manufacturing “consistently produce 787s that exceed FAA design standards.” It also stated that Boeing must have a plan in place for dealing with jets that need to be repaired.

“This will allow the agency to confirm the effectiveness of measures Boeing has undertaken to improve the 787-manufacturing process,” the FAA said in a statement.

In order to certify planes’ airworthiness, the FAA has delegated some Boeing workers to operate on behalf of the agency for years. After two fatal Boeing 737 Max crashes, the FAA was slammed for its lack of knowledge of a critical flight control system that may have contributed to the disasters.

Due to manufacturing issues, such as unacceptable gaps between fuselage panels on the 787, the larger jet has been plagued with delays. Since May 2021, deliveries have not resumed.

More than a hundred 787s have been ordered but never delivered by Boeing. Boeing, based in Chicago, has been deprived of the money airlines pay when they receive new planes as a result of the halt in shipments.

As a precautionary measure, Boeing has declined to provide investors with an estimate of when 787 shipments may restart. “We will continue to communicate with the FAA to ensure that we satisfy their expectations and all applicable standards,” a spokesman said last Tuesday.

The House Transportation Committee’s Democrats repeated their criticism of the FAA and requested a federal review of the agency’s handling of the Boeing 737.

According to the senators, Boeing downplayed the significance of the flight-control system in both incidents by continually pushing the plane’s nose down. They demanded an explanation from the FAA as to why they didn’t act against Boeing. A system designed to alert pilots if crucial sensors failed on nearly 80 per cent of the planes sold by Boeing should have been acted against by the FAA, they said.

DeFazio and Larsen warned that the “blatant lack of enforcement proceedings” could encourage plane makers to disregard design rules in future planes, which could have a negative impact on air flight safety and the environment. They entrusted the investigation to the Transportation Department’s inspector general.