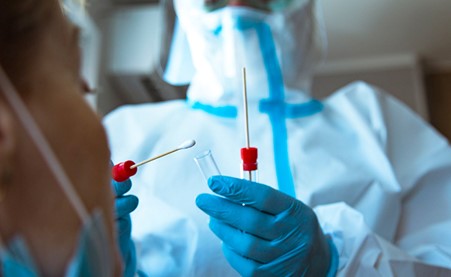 Anyone who has been feeling apprehensive about taking a PCR test on arrival back into Australia, this is good news. The government has scraped PCR testing for international arrivals and the new rule requires travellers to take a free fast antigen test when they arrive, eliminating the necessity for a PCR test within the previous 24-hour timeframe of entering the country.

They’ll be offered a rapid antigen test as soon they arrive in Australia, according to Ms Morrison.

It is important to keep in mind that 99 per cent of everyone arriving at our airports are already double-vaccinated, so if that test comes back negative, there will be no need for additional testing.”

“Also, we’re not seeing a lot of positive cases from international arrivals,” he said.

“With Omicron, as we know, and as the Chief Medical Officer has stated on several occasions already, this is a strain that is less severe but more contagious,” he explained.

“As a result, we are dealing with significantly more cases.”

However, if you reside in Queensland, you will still need a negative PCR test before arriving back (and a second test after arrival) until the state reaches a 90% vaccination rate.

Unvaccinated international arrivals into Australia will, for now, still be required to undertake 14 days mandatory quarantine.

The PM also stated that, except for Western Australia, which did not have someone present at today’s national cabinet meeting, all states would begin moving to eliminate RAT or PCR testing requirements for interstate passengers.

Also, if you are planning on travelling overseas from Australia you will still need a negative PCR test 72 hours before you leave.

Qantas To Reduce Capacity Due To COVID-19 Rise