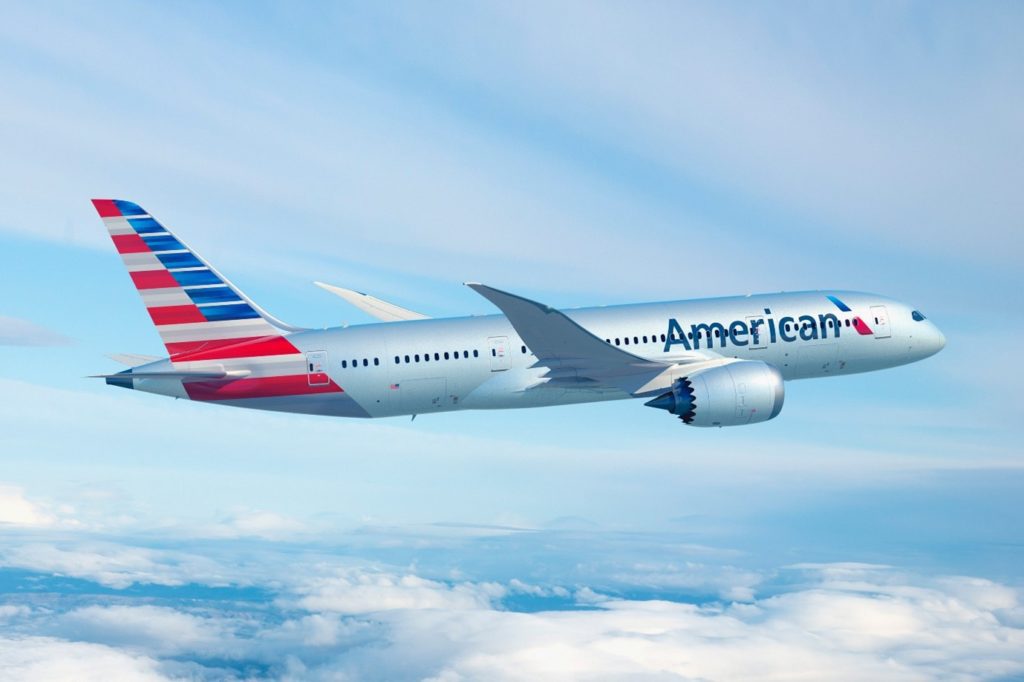 American Airlines has confirmed it will suspend flights from LA-Sydney from 5 May, in light of ongoing delivery delays on its fleet of Boeing 787 Dreamliners.

In a regulatory filing in the US, the carrier said that Boeing has delayed deliveries of its new 787 Dreamliner jets, with the airline now planning to accept only 10 of the 13 Dreamliners it had scheduled for delivery this year. The remaining three aircraft will be delivered next year.

The delayed deliveries have forced American to slim down its flight schedule for the northern hemisphere summer season, with flights temporarily suspended between LA and Sydney, as well as Seattle and London, and Dallas and Santiago.

American has not yet set a new date to restart the Sydney route.

The airline will also delay the launch of its new services between Dallas and Tel Aviv and cut down frequency on its Miami and São Paulo route.

It comes after American earlier this month quietly erased its LA-Sydney route from its flight schedule for the month of May.

The airline said affected customers with bookings falling after 5 May will be “proactively” contacted to make alternative arrangements, with passengers likely to be moved onto flights operated by American’s Oneworld alliance partner Qantas.

Boeing has been forced to halt all deliveries of new 787 widebody jets largely since October 2020, after a slew of manufacturing defects were located. Since then, the number of defects found has increased.

The planemaker briefly restarted deliveries in March 2021, however, the US Federal Aviation Administration again stepped in to halt future deliveries in July, after another fault was found near the nose of the aircraft.

The FAA has said while the issue “poses no immediate threat to flight safety, Boeing has committed to fix these aeroplanes before resuming deliveries”. It is not yet clear when 787 deliveries will restart.

American noted in its filing that the Boeing 787 remains an “essential” part of its fleet and that Boeing would compensate the company for the delayed deliveries.

“Despite the ongoing delay, we still have tremendous confidence in the aircraft and will continue to work with Boeing on their delivery,” the airline said.

American previously flagged in December 2021 that changes were likely to be made to its summer international flight schedule, should 787 deliveries remain halted.

“Boeing continues to be unable to deliver the 787s we have on order, including as many as 13 aircraft that were slated to be in our fleet by this winter,” said Vasu Raja, America’s chief revenue officer in a memo to staff.

“Without these widebodies, we simply won’t be able to fly as much internationally as we had planned next summer or as we did in summer 2019.”

American Airlines only resumed operations to Australia in January, after temporarily suspending flights Down Under due to the COVID-19 outbreak and subsequent travel restrictions.

Since then, the airline has maintained a schedule of one return service between LAX and Sydney per day.

The carrier considered the world’s largest in both passenger carriage and fleet size, pulled out of the Australian market entirely at the end of August after the Australian government slashed arrival caps by half in order to gain control of its then-raging COVID-19 outbreak.

In July, when American made the call to halt operations into its sole Australian destination, Sydney, the airline said it was forced to send empty or near-empty planes across the Pacific in order to meet changing Australian health guidelines.

“On certain days in July and August, the Australian government has advised that we’re not able to transport customers on the route due to the ongoing coronavirus pandemic,” an American spokeswoman said at the time.

The airline later confirmed it would suspend all Australian flights for at least two months, from 1 September until 31 October, “due to the ongoing travel restrictions surrounding the coronavirus”.

Then, in September, the airline placed its LAX-Sydney route back on the schedule for 6 January and chose not to pull this date forward.