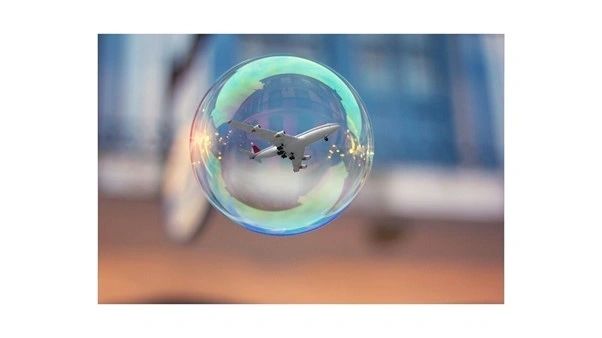 Besides a passport and a plane ticket, more travellers may one day soon need another travel document when flying abroad: test results to prove they are not bringing the coronavirus with them.

Increasingly, mass testing is being looked at as a way to let countries reopen borders that were shuttered as the coronavirus pandemic took hold.

For airlines, it could be a chance to lure back flyers on routes devastated by the pandemic.

The eventual goal is to secure certain major routes in a way that reassures passengers that it’s safe to travel. The idea goes by various names, whether it is air bridges, air or travel bubbles, or just bubbles. Instead of a world in which airlines have been able to pretty much pick where they want to start service, air routes would depend on new bilateral agreements between countries.

The arrangement could work in various ways, but I envisage one would be by requiring tests of all passengers shortly before they take off and perhaps follow-up tests when passengers arrive. Airlines see testing as another way to make sure passengers know they won’t catch COVID-19 on a plane, even though the industry points to various studies to make the case that chances of transmittal are minimal.

The idea is similar to the bubble that in the US the NBA created with its players to try to insulate them from anyone who might infect them with the coronavirus.

U.S. officials have talked about creating an air bridge on the New York to London route, one of the world’s busiest business runs and one of the most lucrative. But the way I see it, it is unlikely to start anytime soon.

The travel bubbles are great initiatives that governments can take, but against that, you may have a resurgence of the virus-like in many places in Europe.

Australia, New Zealand, Singapore, Japan, and other nations have also considered forming travel bubbles with each other.

Until now, coronavirus tests used for travel have been pricey, in some cases more than $200. But certain types of rapid tests could soon be available for as little as $15, cheap enough that airlines could absorb the cost of them.

Hawaii is one of the first places that allows travellers who test negative for the coronavirus up to 72 hours before their flight to skip a mandatory 14-day quarantine. The program, intended to jump-start the islands’ dormant tourism industry, brought 8,000 visitors on its first day.

At this point, it looks like only the lobbying organization for major airlines in the U.S., is strongly in favour of wider testing that could help foster the opening of more routes.

Travelers who had their test records on a smartphone app flew last Wednesday from London’s Heathrow Airport to New York. The CommonPass app is intended to be easier to use than carrying around testing records. The system could be a precursor to the day when travellers will have to show they have had vaccinations against COVID-19, not just negative tests, to be allowed in a country.

CommonPass is intended to give people the ability to travel again by documenting that they meet the requirements of the places they want to go.