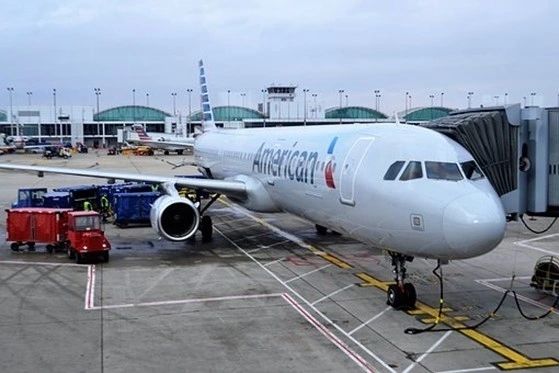 American Airlines has taken the pandemic as an opportunity to re-emerge as the world’s largest airline, a title it has traded back and forth with competitors during the last few years as Delta and United expanded their networks.

But American Airlines has pulled ahead of rival Delta and is re-establishing routes and reconnecting with passengers to coincide with the uptick in summer travel. Based on flights scheduled, seat counts and how many passenger miles it has planned, American has been the biggest carrier in the world since April, according to airline schedule tracker Diio by Cirium.

In fact, American’s June schedule is about 21 per cent bigger than Delta, its next largest rival.

“American has been aggressive,” said John Grant, the UK-based chief analyst for aviation data firm OAG. “You are very lucky in the United States to have a large domestic market.”

A handful of global rivals have traded the title of the world’s largest airline during the Covid-19 pandemic as the ongoing outbreak upended the aviation world. At different times over the last 15 months, Qatar Airways, China Southern and even Dallas-based Southwest Airlines have scheduled the most flights and passenger-kilometres.

American Airlines has reason to be on top. It has more planes and more employees than any airline in the world. It would only seem natural to put those employees and planes to work. It’s also trying to dig out of the financial hole created by the pandemic. In May, for the first time in more than a year, American Airlines actually “generated cash” after figuring in operating expenses.

Airlines are still cautious as they emerge from the global Covid-19 pandemic, with business travel still suffering greatly and international borders still largely restricted for vacationers.

American is running about 85 per cent of the number of flights it ran in 2019 this summer and 80 per cent as many passenger seat miles, a key figure in the airline industry that tracks the total number of miles and passengers flown in each plane. But by comparison, Atlanta-based Delta’s operation is still down about 32 per cent from 2019, and United is running an even more conservative schedule with a 40 per cent schedule reduction compared with 2019.

American has been joined in its bullish strategy by Dallas-based Southwest, which is running almost as many flights this year as it did in 2019, a year when it was extremely constrained by the grounding of the Boeing 737 Max. But Southwest has natural advantages that other airlines don’t. Almost all of its flights are in the United States or to short-haul international destinations in the Caribbean and Mexico, areas that have largely remained open to travellers and have been busy tourist spots during the pandemic.

American Airlines president Robert Isom said the carrier’s planes were about 84 per cent full in May, near pre-pandemic levels. They were even more full, about 90 per cent, over the Memorial Day travel weekend.

“From a leisure perspective, demand is back,” Isom said during an investor conference on June 3. “I think, over the long run, we are going to need international travel business demand back.”

All this flying is putting some pressure on crew members. Allied Pilots Association spokesman Dennis Tajer said there has been an increase in pilots missing shifts because of fatigue.

“The bad news is that it creates a disruption in the entire schedule,” Tajer said. “We don’t want operational performance to become a black flag.”

American may need to run an aggressive schedule just to keep up with upstart ultra-low-cost carriers trying to use the pandemic to their advantage as well. For June, Allegiant Air is running a schedule 15 per cent bigger than it did two years ago. Spirit Airlines has added more flights from DFW International Airport, American’s biggest hub, to Mexico and to domestic spots like Miami. Frontier Airlines is running a bigger schedule, too.

“There are big strategic plays to be made because there is no better time to experiment,” Grant said.