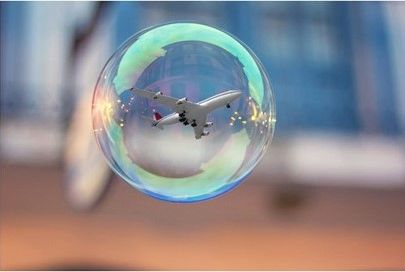 With the partial reopening of the travel bubble, Australians from three states and the ACT can now travel to New Zealand without being quarantined.

As of yesterday morning, residents of Victoria, South Australia, Tasmania, and the ACT are free to travel here with proof of a negative pre-departure test within 72 hours of boarding.

Recently, there have been few or no community cases of Covid-19 in any region.

Prime Minister Jacinda Ardern said today that Cabinet would meet to discuss what would be done for New Zealanders who had been stuck in Australia for an extended period of time.

Because each Australian state dealt with Covid outbreaks differently, New Zealand was able to make decisions state by state.

The NZ government has shown a willingness to act quickly and suspend travel if an outbreak occurs.

The Sydney case in Wellington was a close call, demonstrating the dangers of the bubble.

These are high-impact, low-probability events. They are always difficult to manage.

The suspension of quarantine-free travel was a major setback for Australia’s recovering tourism industry, coming during the first week of the school holiday

NZ Ski CEO Paul Anderson stated that the reopening of four regions today will make up for lost time.

“It will have an impact. Already, we’re noticing a shift in our booking pattern… We’ve seen a slight increase in bookings since Monday and Tuesday, which is fantastic “Anderson stated his case.

He was expecting the bubble to be a little erratic.

“The timing of the pause… was a real annoyance, but understandable from a health standpoint. We just hope the Aussies can get it under control so that more states can travel here soon.”

However, two states still off the cards – Queensland and New South Wales – are two of the most important to the business.

Other businesses were relieved the bubble was partially reopening too.

“We’re already aware of some people in Australia who have cancelled future bookings to New Zealand because they’re just so unsure about the situation,” O’Riley said.

Quarantine-free travel is still suspended from Queensland, Northern Territory, Western Australia and New South Wales until at least the end of tomorrow.

The NZ Government will make a call on whether the freeze for all or some of those states continues.

The greater Sydney area is still under lockdown until midnight on Friday.