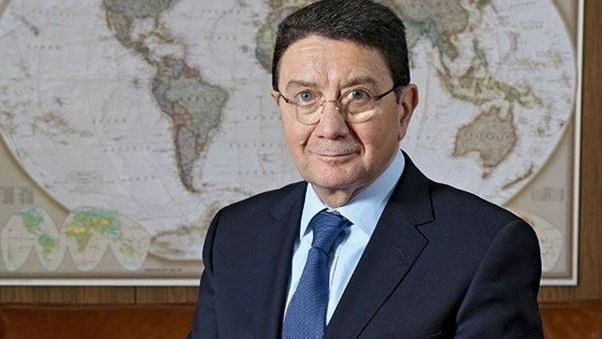 The annual 40th World Travel Mart (WTM) was held in London from 09-11 November 2020, speaking at WTM Virtual, Taleb Rifai, Chairman, International Tourism & Investment Conference (ITIC) and Former Secretary-General, UNWTO, discusses travel revival and how governments should work with the private sector to build the industry back

The Chinese, they say, have the same word for crisis and opportunity. Taking a leaf from this, Taleb Rifai, Chairman, ITIC and Former Secretary-General, UNWTO, says, there is an opportunity coming out of the Covid-19 crisis. On Day 1 of WTM Virtual, Rifai goes on to say, “One of the opportunities is that the new world we’re embarking on is going to be a better word and like all other times, tourism will come and bounce back. But it will bounce back in a new way, it will be a completely different setup and governments have a great responsibility now.”

Following a lack of a unified approach to health protocols and rapid testing, Rifai acknowledges that the private sector is under tremendous pressure and calls for governments to think out of the box.

“Unfortunately, international and regional organisations are due to become irrelevant now, you don’t hear their voices. It’s all boiled down to each government on its own. Now governments have that responsibility to rebuild the international system, it’s going to be rebuilt from the bottom up. And it’s going to be a better building, a more fair and equitable building.”

Calling governments to act right now, he says, the first priority is to keep businesses alive by pumping in money or getting some work for the businesses to do. Secondly, governments need to focus on regional and domestic tourism. And only then, comes step number three, which is international tourism.

Domestic tourism – the key
Stressing on domestic tourism, Rifai says, “Let’s not forget that in Europe, 75 percent of the traffic is domestic to start with. It’s the developing countries that depend so much on foreign and international tourism. This dependency has to eased somehow. While we know that unlike international tourism, domestic tourism doesn’t bring in hard currency and doesn’t fix the balance of trade, but it does keep businesses alive and shops alive. This is what is important.” As the private sector in developing countries is yet to consider domestic tourism as value, Rifai suggests that to popularise domestic tourism, governments need to speak to the private sector in a different way. “They need to be approached in a different way to think outside of the box, packages have to be made different.”

How safety and insurance are linked
Marking safety as an essential precondition for travel, Rifai points out that to get tourism going again travellers need to feel safe. Equating safety with being insured, he says that to instill this feeling of safety among travellers, insurance is very essential. Citing the example of Jamaica Cares, an end-to-end travel insurance plan providing visitors to Jamaica with emergency medical and crisis response services via a public-private partnership, Rifai hopes other countries too would follow a similar model, as he says, “Now when you travel to a place, the unknowns are more than the knowns.”

Opportunity offered by digital nomads
Turning the focus towards digital nomads, Rifai calls this one of the opportunities that have come out of this crisis. “There are young people that can travel and work from anywhere around the world. You can provide homes to these people, which would require cooperation from the private sector. It means that people would have to come for the long term, and long-term stay is very important. It would also counter the issue of quarantine that still some countries are insisting on.” He also points out that unlike tourists, since digital nomads would be coming in for longer periods, they would need a different type of visa to come into the country. So, initiatives such as reducing the visa fees and taxes would make the destination more attractive.