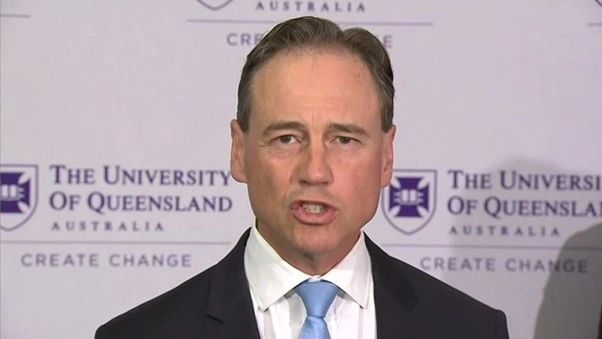 Inspecting labs at Brisbane’s University of Queensland (UQ), Mr. Hunt said the development of the vaccine was ahead of schedule, with phase-one tests showing it was safe.

“The initial data is very clear, that the [UQ] vaccine is proving to be safe through phase-one clinical trials and it’s proving to produce a positive antibody response,” Mr. Hunt said.

“That means it’s doing its job. That’s particularly so in the elderly, and that is an especially important outcome, given the vulnerability to the elderly around the world from COVID-19.

“Our medical researchers are national heroes.”

The vaccine is being manufactured in Australia at CSL’s biologics facility in Victoria. Mr. Hunt said CSL will work towards regulatory approval to commence phase-three clinical trials, due before the end of this year. Agreements have been made for 51 million doses of the vaccine, known as V451. “It’s a real sign of hope and progress … it’s Australian-developed and Australian-made,” he said.

The vaccine is one of four the Federal Government plans to buy. Mr. Hunt told ABC Radio Brisbane earlier today that selected Australians could get access to the Pfizer jab by March.

Pfizer has reported its candidate vaccine had a 90 percent effectiveness rate in late-stage clinical trials. Mr. Hunt said health workers and the elderly could have access to the drug by March, pending approvals.

Mr. Hunt said the Government wanted to give Australians a way to live with coronavirus.

“Our national goal is to ensure that all Australians who seek to be vaccinated are vaccinated by the end of 2021,” Mr. Hunt said.