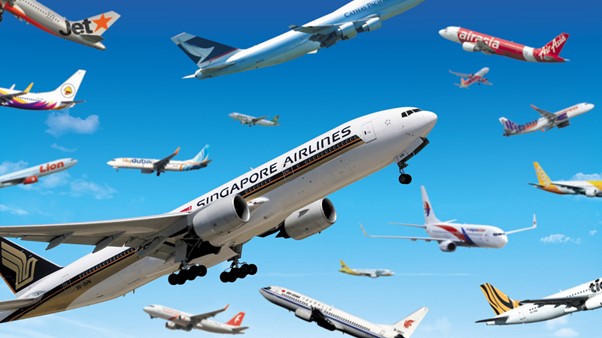 The closure of Russian airspace to several European airlines has spared Asian carriers, which have recovered from the pandemic more slowly than competitors elsewhere in the world.

After Ukraine’s invasion, the European Union closed its skies to Russian planes on Sunday (Feb 27). Moscow had previously placed similar prohibitions on flights from many European countries. While British Airways, Air France-KLM, and Deutsche Lufthansa have discontinued flights over Russian territory, Asian carriers can still fly over the country, which is the shortest route between the two regions.

Countries in Asia are not affected by the Russia-Ukraine war; nonetheless, Asian airlines are more vulnerable than their European competitors due to their country’s stricter restrictions and limited operations during the pandemic.

Cathay Pacific Airways, Korean Air, China Eastern Airlines, and Air China were still flying over Russia, which accounts for roughly one-eighth of the world’s landmass and spans most northern Europe and Asia. Because of the country’s vast reach, carriers find it impossible to avoid many intercontinental routes.

As many western airlines were forced to do for years during the Cold War, Flying around Russia can add hours to flight times. The increased fuel cost since the invasion makes that extra time in the air even more expensive.

Finnair, which has carved out a place for itself by supplying transit passengers from other parts of Europe with short travel durations to Asia via Helsinki, may have the most to lose of any Western carrier.

According to Cirium data, nearly two-thirds of the 537 long-haul Finnair flights scheduled to and from Helsinki in March will begin or end in Asia. Before the EU embargo, it had cancelled some flights to Asia and diverted others to avoid Russian airspace.

“Rerouting would result in much longer flight times for several of our Northeast Asia routes, and operations would not be economically possible,” said a spokesperson for Finnair.

The consequences on the business are mitigated by Asian countries’ severe pandemic-related restrictions on entering passengers. The country’s Covid-19-zero policy has effectively prohibited travel to and from China. Many airlines have also cancelled flights to Hong Kong in the following weeks due to the onerous quarantines imposed on passengers and flight crews.

European airlines may avoid being entirely cut off from eastward travel due to global airline alliances like Oneworld and SkyTeam and separate commercial arrangements with Asian carriers to carry each other’s passengers.

According to Cirium data, Singapore Airlines has the most flights scheduled between Europe and Asia in March. Many of its routes pass to the south of Russia.

Japan Airlines, All Nippon Airways, and Korean Air flights spend hours flying over the country to and from their hubs, Tokyo and Seoul. With China mainly remaining closed.

Japan Airlines announced last week that it was suspending flights to Moscow but will continue to fly over Russia once it was determined that it was safe to do so.

If the airspace limitations grow to include carriers from outside Europe, Asian airlines will be impacted hard because they fly through Siberia on some routes to North America and Europe.