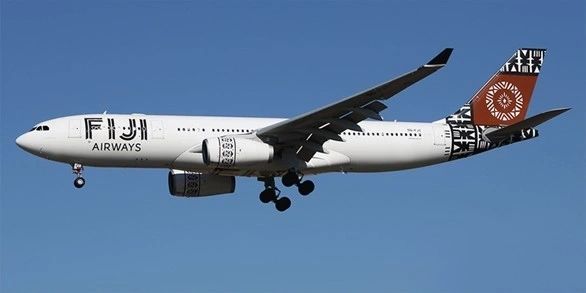 Fiji Airways intends to resume flights to Australia “before Christmas” in 2021. Prior to the pandemic, the airline flew from Nadi to Sydney, Melbourne, and Brisbane daily. Their new flight schedules will be announced in the coming weeks.

“Our flight schedules will be released immediately following an official announcement by the Government which outlines border requirements and travel framework, “Fiji Airways CEO Andrew Viljoen said in a statement.

Australians who want to spend a portion of their Christmas vacation in a tropical paradise will be relieved that Fiji’s borders have reopened, and Fiji Airways has returned.

According to Fiji Airways, the Pacific nation is “on track to have the entire working population fully vaccinated by November,” with its borders set to reopen “before Christmas” and the airline resuming flights to Australia at that time.

The airline’s pre-pandemic network connected Sydney, Melbourne, and Brisbane to the tourism hub of Nadi, on the western side of Viti Levu’s main island; a revised restart schedule is expected to be announced in the coming weeks.

“One of these (measures) will undoubtedly be that visitors must be fully vaccinated; a position Fiji Airways strongly supports.”

Through its Oneworld Connect membership of the Oneworld airline alliance, Fiji Airways offers perks such as lounge access and priority check-in and boarding for Qantas Frequent Flyers.

Qantas and Virgin Australia both include Fiji in their short-haul international network, with Qantas already planning to resume Sydney-Fiji flights on December 21.

Virgin remains eager to expand its domestic-only wings to New Zealand and Fiji as demand and borders open up and will be bolstering its fleet to nearly pre-pandemic proportions with nine more Boeing 737 jets scheduled to arrive between October and February 2022.