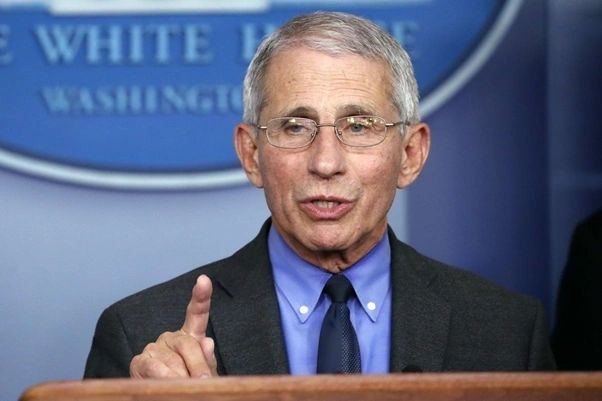 Fauci added, "Thus far, it does not appear to be of significant severity.

In the absence of federally mandated vaccine passports, Dr Anthony Fauci expects multiple U.S businesses to impose their own requirements for customers to show proof of vaccination to receive service.

Fauci, the White House’s top medical adviser, said Thursday that businesses like airlines and cruise ships will likely require customers to show proof of receiving both doses of a COVID-19 vaccine before being allowed on board. He also noted that several universities have already begun requiring students to be vaccinated before returning to campus this fall.

“There are organizations, particularly universities and colleges who are saying, notwithstanding what the federal government is requiring, if you want to come into campus and be in in-person learning, you’re going to have to show proof of vaccination,” Fauci said at a Bloomberg Businessweek conference.

The Biden administration said in March that there will be no federal mandate requiring people to show proof of vaccination to enter public spaces and no centralized, universal federal vaccinations database. The White House is instead leaving it up to the private sector to determine how businesses should fully reopen as more Americans become vaccinated against COVID-19 and the government’s health restrictions are eased.

The adoption of vaccine passports, which have proved controversial, has so far been decentralized. Some MLB and NBA sports teams, for example, are requiring fans to use an app called Health Pass to provide digital proof that they have gotten their COVID-19 shots before they can enter stadiums to attend games.

Though last week the U.S. CDC (Centres for Disease Control and Prevention) issued new guidance stating individuals fully vaccinated against COVID-19 no longer need to wear face coverings, the CDC still requires those travelling on planes, buses, trains, or other forms of public transportation to wear masks over their nose and mouth. The CDC also advises Americans to obey local coronavirus restrictions or those imposed by individual businesses.