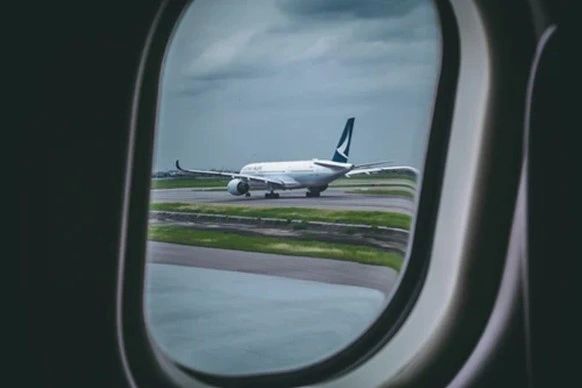 Together with the huge financial and operational difficulties that the pandemic has brought the airline to face, there is a new emerging threat of losing vital traffic slots if not used.

Cathay Pacific could be at risk of losing runway slots in Europe if local travel restrictions are not eased.

IATA said carriers could be punished if they do not start increasing flights by end of the year as slots will be re-allocated to airlines that can operate the flights.

Airlines desperate to protect runway slots ‘may end up flying empty planes to key airports. Asian airlines risk losing access to airports in Europe if strict restrictions at home prevent them from increasing international flights by the end of the year, the head of an aviation industry trade group has said.

Carriers risked losing permanent access to key destinations in Europe, he added and could be forced to fly virtually empty planes to protect precious runway slots that allowed them to land and take off from airports there.

The European Commission served notice on July 23 that airlines must use at least half their allocated airport runway slots between November and next April or suffer reductions in future.

It also said airlines flying within Europe would not be allowed to cite exceptional circumstances arising from the coronavirus pandemic as a reason for not flying.

Britain will also insist that airlines use half their assigned runway slots at its airports, but will not penalise those whose flights are affected by pandemic-related travel bans or mandatory quarantine requirements.

Cathay Pacific is among the airlines most at risk from Europe’s pressure to push the crippled international aviation industry back towards pre-pandemic levels.

The city has some of the world’s strictest pandemic rules in place as it pursues a “zero infections” target to contain Covid-19, with authorities making it clear their top priority is to reopen borders with mainland China.

Walsh, who is IATA’s director general and chief executive, highlighted the global practice of granting airlines runway slots on a “use it or lose it” basis.

Before the pandemic, airlines that did not use at least 80 per cent of their allocated slots faced losing them. Airlines are known to compete fiercely for runway slots, especially in the world’s busiest airports.

Walsh said governments and airports in Europe had begun hardening their approach to reviving air travel and the allocation of runway slots, and it was “inevitable” that some airports would return to insisting airlines use 80 per cent of their slots by next year.

“That clearly could impact Asian carriers’ access to slot-constrained airports, particularly in Europe,” he said.

He said that as long as the pandemic continued to affect the industry, IATA would lobby governments and airports to continue being lenient towards airlines that did not use their slots.

He acknowledged that Europe’s action would have an impact on airlines, which had no choice but to abide by rules imposed by their own authorities, and said those desperate to retain their allotment might consider flying empty aircraft there.

“This is very much a case of the airline being unable to fly, and therefore it would be wrong to penalise the airline. We can’t have a situation where everyone’s forced to operate flights to protect their future business,” Walsh said.

He said as long as Asian governments maintained tough pandemic restriction measures, a significant recovery in the region’s international travel remained far off.

Walsh urged more Asian governments to move towards “living with Covid-19”, an approach Singapore has stated as its aim as vaccination rates rise and it transitions towards treating the coronavirus as endemic.

Asked about Walsh’s concerns, a Hong Kong government spokeswoman said the authorities had “struck a balance between mitigating public health risks and maintaining air connectivity” and would continue to review the measures as the pandemic situation evolved.

“We fully understand that the prevailing infection control measures have an impact on the operation of international air transport. That said, we would like to reiterate that such measures are in the wider interest of public health,” a spokeswoman from the Transport and Housing Bureau said.

Hong Kong’s strict pandemic measures will not hurt airlines as long as airports are prepared to give leeway to carriers unable to fly because of travel bans on certain routes.

For the past 14 months, airlines globally have not been penalised when forced to stop flying, and Hong Kong has continued to grant airlines unconditional relief.