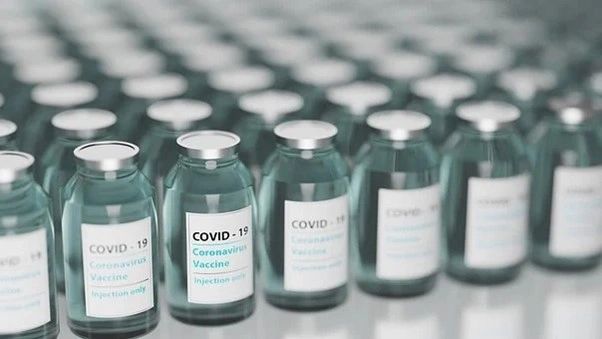 The nation’s medical regulator the Therapeutic Goods Administration has approved Pfizer’s COVID-19 vaccine for use in Australia.

The TGA said following a thorough and independent review of Pfizer’s submission, it was decided the vaccine met the high safety, efficacy and quality standards required.

It is the first COVID-19 jab to be approved for use in Australia.

The approval is on a provisional basis, meaning it is valid for two years and it allows the vaccine to be supplied in Australia for people aged 16 and older. Two doses will be required at least 21 days apart.

When the COVID-19 vaccine is rolled out in Australia, it will be bulk billed, the Government has confirmed.

As first reported by News Corp, doctors will be paid just over $30 for the first vaccine consultation and about $24 for the second.

While the Pfizer jab will be delivered in hospitals and specialised hubs due to cold storage requirements, the AstraZeneca vaccine is expected to also be administered in GP clinics.

The Government has consistently promised the vaccine will be universal and free for everyone.

Meantime it has been confirmed that the coronavirus vaccine rollout is on schedule in Australia despite Pfizer shortages overseas.

Australia has purchased 10 million doses of the Pfizer/BioNTech vaccine, with the scheduled rollout hinging on the medical regulator, the Therapeutic Goods Administration (TGA), approving the jab later this month.

Several European countries have complained supplies of the vaccine have fallen short of their orders. But Mr. Frydenberg said the nation was still scheduled to receive the jabs next month.

“We have the virus under control here in Australia, but we do want to roll out the vaccine,” he told reporters on Sunday.

“The TGA is going through its normal process but we’re still on track to receive the vaccines in mid to late February, I’m advised.”

The impact of Pfizer/BioNTech’s vaccine supply issues in Australia has been unclear, with mixed responses from federal leaders.

Last Thursday, Health Minister Greg Hunt said he had spoken to Pfizer as recently as Wednesday, receiving advice Australia was “still on track for first vaccines to be received in February”.

But the following day, Prime Minister Scott Morrison hinted the issues may affect the vaccine’s rollout in Australia.

“We’ve set out indicative timeframes where we would hope to commence in mid to late February. But that will obviously change and be subject to any impacts on production schedules overseas,” Mr. Morrison said.

The ABC has confirmed the Federal Government has not received any advice from Pfizer that the delays overseas will be felt in Australia.

Health authorities have been aware of the potential for supply-chain vaccine issues offshore, amid huge global demand for a COVID-19 jab.

It is one of the reasons Australia has invested so heavily in the AstraZeneca vaccine, which can be made onshore.

Unlike the AstraZeneca jab, the Federal Government has opted to buy the Pfizer/BioNTech vaccine from overseas rather than produce it in Australia.

That is because the vaccine is based on mRNA technology, which has never been successfully manufactured or distributed locally before.