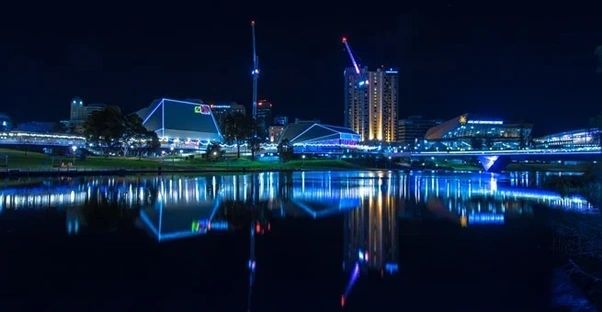 South Australian authorities yesterday reported 18 coronavirus cases in the state’s first outbreak since April. Up to 13 infections were linked to a hotel quarantine worker in Adelaide who spread the virus to a family in the local community, officials said.

Since this is the first outbreak since April, the state authorities have ramped up testing and brought in new restrictions.

Australia had seen cases drop to near zero after beating a second wave that was largely confined to Victoria. Melbourne spent almost four months in a stringent lockdown before re-opening last month.

The outbreak in Melbourne which caused about 800 deaths also originated from a hotel quarantine breach.

This makes it obvious that the highest risk in Australia right now is the risk of the virus importation in quarantine hotels. It is also obvious that other states have not learned the lesson from what happened in Melbourne and impose strict requirements for works operating in quarantine hotels where there are active cases. Are these workers tested and screened after they finish their shift? When I say tested of course I mean rapid test instead of the PCR test.

A handful of SARS-CoV-2 rapid antigen tests have been licensed for use in Australia. But PCR tests remain the preferred method of testing, and there’s a good reason for that, they’re more accurate. However, given the circumstances, in these cases using the rapid test would be better than using no test at all.

In the last 72hrs, South Australia has reported 21 new cases and meanwhile, the panic button is getting pressed and new restrictions are applied just days after Prime Minister Scott Morrison announced plans to reopen Australia’s internal borders by Christmas, which will now put those plans in limbo.

Queensland has announced they too will be closing off the border to parts of South Australia from midnight tonight. Whist Tasmania and Northern Territory will be also closing their borders temporarily for the next two weeks.

NSW would not be making any changes to current border arrangements, meaning residents flying in from South Australia can enter the state freely without going into mandatory quarantine.

The NSW Premier said “We need to learn to live with COVID, you can’t shut down borders and disrupt lives every time there is an outbreak and disrupt businesses. We need to have confidence, not just in our own system, but the system in other states to be able to get on top of the virus”.

Could not agree with the NSW Premier more, in the wake of a vaccine to be released instead of taking the initial hard-line approach the authorities should have in place stricter requirements beginning with rapid tests.