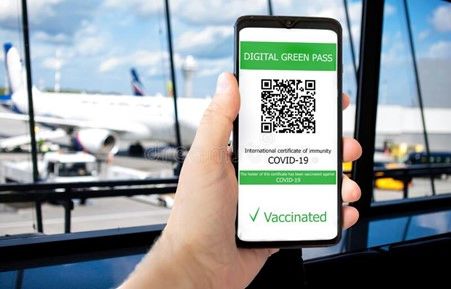 Covid-19 vaccines could be administered at your local Bunnings under a suggestion raised at talks between the federal government and business leaders.

The government is aiming to have it available for iPhone and Android users by December this year.

As well as providing real-time access to Covid-related information, the app will also store immunisation data against other diseases, including yellow fever, as well as allergy alerts and organ donation status, Executive Traveller reports.

The app should be able to plug into external systems, which could make it possible for interaction with health databases overseas. That would be useful when Australians seek to enter other countries when international travel resumes.

The tender offer called by the government “specify that the mobile application will display an animated tick (e.g. red, amber, green) to indicate the user’s status, as well as ‘multiple authenticity and anti-fraud measures’.”

The concept builds on the vaccination certificate information that is already available through MyGov and Medicare.

“We will recognise and adopt the Commonwealth’s existing digital Medicare vaccination certificate that is automatically generated for every vaccination,” Mr Morrison said on Friday.

“That is something that is already there now. By the end of the month, it will be at another level which would see it being able to be incorporated in things like Apple Wallets and the like. We will put in place a digital vaccination authentication at the border.”

Vaccine passports have been touted as the key to unlocking global travel by ensuring travellers crossing borders aren’t Covid-19 risks, and a number of forms of digital documents are in development.

The Federal Government has previously been in talks with the global aviation body, the International Air Transport Association, about potentially using its Travel Pass health app and platform.

In February Air New Zealand said the IATA’s Travel Pass would be trialled by volunteer passengers on flights between Auckland and Sydney when the trans-Tasman travel bubble opened.