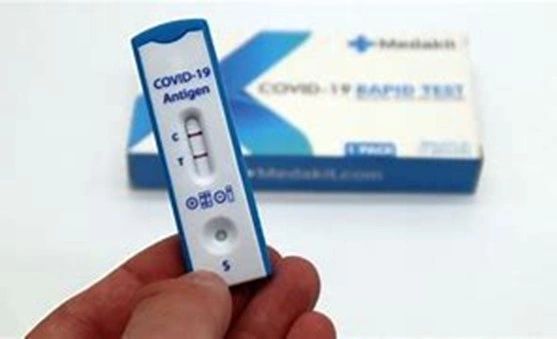 By removing the requirement for arrivals to show the results of a negative PCR test, Australia is making it easier for overseas travellers to enter the country; instead of from 1 am on Sunday, they need to show a (RAT).

By removing the requirement for arrivals to show the results of a negative PCR test, Australia is making it easier for overseas travellers to enter the country; Instead, they need to show a (RAT).

But from 1 am on Sunday, arrivals can instead provide a negative RAT within 24 hours of boarding.

Additionally, the 14-day quarantine period for those who test positive for COVID-19 has been reduced to seven days to align with domestic isolation rules.

On the other hand, quarantine requirements upon entrance are still governed by regional and state laws.

All fully vaccinated international arrivals in Queensland can enter without quarantine from last Saturday, January 22.

An antigen test will be necessary within 24 hours of arrival for international travellers.

Travellers who have not been vaccinated will be quarantined for 14 days in a facility designated by the government.

RATs have been acknowledged as a home measure for evaluating COVID, and isolation durations have been shortened to seven days as a result.

Meanwhile, after WA Premier Mark McGowan backtracked on his commitment to reopen the border on February 5, Qantas was forced to revaluate its Perth to London route, which was slated to restart in late March.

On Qantas and Jetstar flights alone, more than 21,000 passengers will have to reschedule their travel plans for the first week that the West Australian borders reopened, as well.

Thousands of domestic flights have been cancelled, accounting for 10% of the airline’s domestic capacity.

Even if individuals are doing the right thing and getting vaccinated, WA is still “playing for time,” Mr Joyce said.

Lots of people are working now because of what we’ve done” (because of that certainty). What remains to be seen is whether they will open. Managing such a high degree of unpredictability is extremely difficult for businesses.

In a statement, Mr McGowan justified his action, saying that it was necessary to “guard our state against the worst excesses of what is going on in the eastern states.”

When asked about the situation in the eastern board on Friday, he said it was “very severe,” referring to the high fatality rates and significant hospitalizations.

“That is not the case here. Our goal is to put in place the procedures that will keep us safe when the virus spreads to our neighbourhood.”

The comments came on the eve of Australia’s deadliest day of the pandemic, with 88 virus-related deaths confirmed across the country.

More than half of the deaths revealed on Friday occurred in New South Wales, with 46 fatalities, a state record for a single day.

Seven of the 46 fatalities were from previous cases and had been identified as COVID-19 deaths during coronial investigations.

There were 20 more deaths in Victoria, 13 in Queensland, and one in Tasmania, the state’s first COVID mortality in nearly two years.

COVID-19 claimed the lives of two persons in the ACT, an equal high for the pandemic, and six in South Australia.