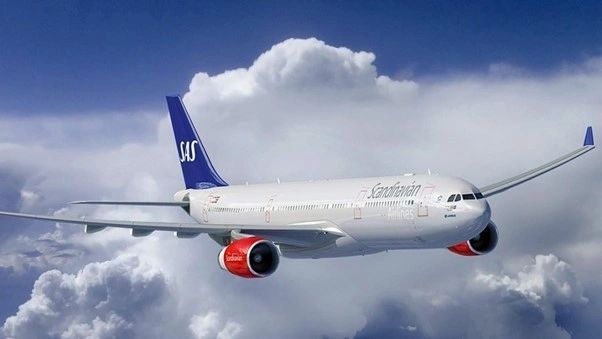 Scandinavian Airlines, known as SAS, has announced that passengers flying inside or between Sweden, Denmark, and Norway will no longer be required to wear masks on their flights. This new policy, which took effect on Monday, October 18, demonstrates a concerted effort on the part of these countries to return to pre-pandemic levels of normalcy. Passengers should be aware that even if their travel begins or finishes outside of the three Nordic nations, they will still be required to wear face masks.

Scandinavian Airlines System flies 182 aircraft to 90 destinations. It is one of the largest carriers in the Scandinavian countries of Sweden, Denmark, and Norway. The decision to remove the mask requirement was significant.

Scandinavian Airlines System operates 182 aircraft to 90 destinations. It is one of the largest carriers in Sweden, Denmark, and Norway. Deciding to lift the mask requirement is a relatively large one.

According to a statement from SAS, “Due to the opening of societies and general recommendations from authorities in Scandinavia, SAS is from October 18 2021, removing the requirement for mandatory use of face masks on flights within Scandinavia.” The SAS press manager told Norway’s TV2 that “the time is right, based on the infection situation in the country.”

Individuals wishing to continue wearing masks for additional protection or because they are at high risk can do so without restriction. It is crucial to highlight that anyone who wants to continue to wear a face mask, whether out of concern for infection or out of consideration for other people, are of course allowed to do so, according to Esben Tuman, Norway’s director of communications.

Officials from Sweden and Norway, as well as Norway’s prime minister, stressed the importance of returning to “regular life.” According to the UN, many restrictions on public meetings, bars, restaurants, and curfews have already been lifted in the affected nations. Several other limitations have been lifted in Sweden, Norway, and Denmark as well. Because of the countries’ effectiveness in vaccinating the general populace and their low case counts and rates of hospitalisation, daily life appears to be returning to normal in many aspects in these countries.