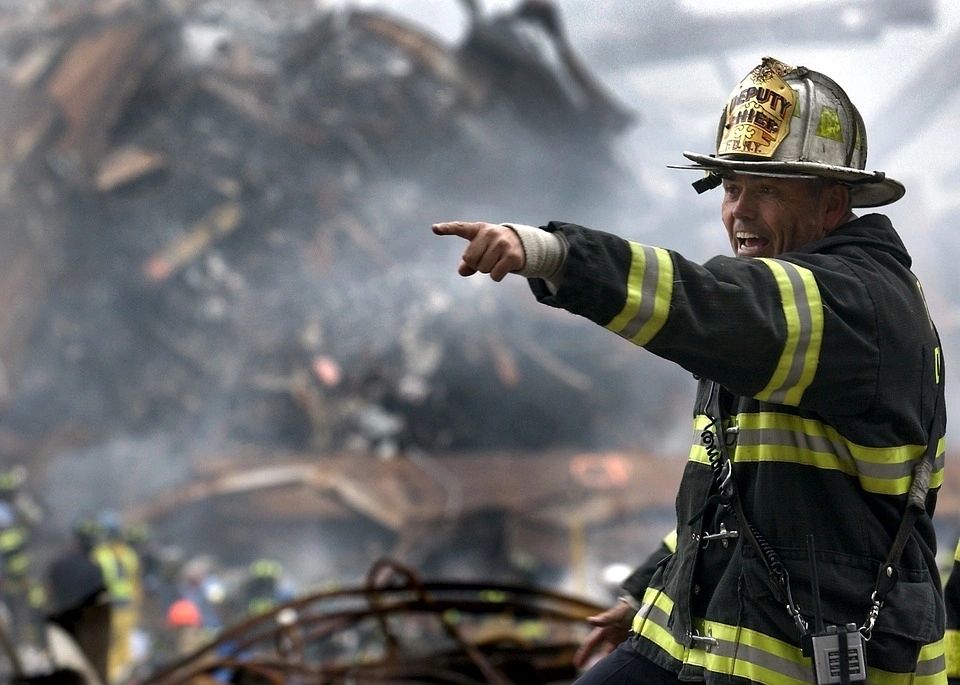 Saturday marked the 20th anniversary of the terrorist event that forever changed air travel, and I thought what better way to commemorate this day than by remembering what air travel was like before this event occurred.

I was employed by United Airlines in Sydney and on that Tuesday evening I was on my way home from a dinner at my in-laws when the radio announced that an aircraft had crashed into the north tower of the WTC. When I arrived home, I turned on the TV and the news announced that it was a passenger flight of American Airlines flight AA11 hijacked by terrorists that had crashed into the north face of the North Tower (1 WTC) of the World Trade Center, between floors 93 and 99.

A few minutes later United Airlines Flight UA175 crashes into the south face of the South Tower (2 WTC) of the World Trade Center, between floors 77 and 85. Within half hour I received a call from one of our senior managers in the Sydney office asking me if I was aware of what just happened and when I said yes, he asked me to make my way to the office and help out managing the situations and calls that were flooding in from customers and media.

The U.S. airspace was closed. By the time I arrived at our office, it was crazy. There was a television in the room set with telephones and we watched things unfold. We had flights and crew stranded in Sydney and Melbourne and passengers that were booked to depart in the morning that needed to be contacted and advised that flights were all cancelled and those who weren’t resident in Australia had to be re-accommodated in hotels.

The U.S. Airspace re-opened after 1 week and by then we had a backlog of passengers that had to depart, which meant re-accommodating everyone as best as we could with the seats, we had available and according to priority.

However there was no going back to normality following this terrible day, air travel was never going to be the same again and we all had to learn to accept the new normal and bravely and patiently adapt.

Today if you would ask anyone who remembers that terrible day, they are likely to have a hazy recollection of what air travel was like.

There was security screening, but it wasn’t nearly as intrusive as it could have been. There were no long lines at the checkpoints. Passengers and their families or friends on domestic flights could walk right to the gate together, deferring goodbye hugs until the last possible moment. Overall, an airport experience would be far less stressful than it is now.

All of this came to an end when two hijacked planes crashed into the World Trade Center Towers, a third into the Pentagon, and a fourth into a Pennsylvania field.

As a result of the subsequent fear and confusion, the worst terror attack on American soil resulted in increased and sometimes tense security measures in airports around the world, all in the name of preventing a repeat of that terrible day.

The cataclysm has also contributed to other large and small changes that have reshaped the airline industry and made air travel more stressful for passengers than ever.

Two months after the attacks, President George W. Bush signed legislation creating the Transportation Security Administration, or TSA, a federal airport screening force that replaced the private security companies that airlines were using. All checked bags had to be screened, cockpit doors were strengthened, and more federal air marshals were assigned to flights.

Since then, there hasn’t been another 9/11. Nothing comes even close. However, flying would never be the same again after that day.

As security measures changed around the world, particularly in the United States, travellers were asked to remove their belts and some items from their bags for scanning. Things that could clearly be used as weapons, such as the box cutters used by the 9/11 hijackers, were prohibited.

Following “shoe bomber” Richard Reid’s attempt to bring down a flight from Paris to Miami in late 2001, footwear began to be removed at security checkpoints, followed by liquid restrictions, which were initially completely perplexing.

With each new requirement, checkpoint lines seemed to grow longer, forcing passengers to arrive at the airport earlier if they wanted to make their flights. Other rules, such as liquid limits, were more perplexing to many travellers, such as the possibility that the wrong ones could be used to make a bomb.

The long lines caused by post-attack security measures gave rise to the PreCheck and Global Entry programmes, both of which allow travellers deemed low risk by the Transportation Security Administration (TSA) to pass through an expedited security screening process at certain U.S. airports.

This “trusted-traveller programme,” in which people who pay a fee and provide certain information about themselves pass through checkpoints without having to remove shoes and jackets or take laptops out of their bags, has come at a cost: privacy. PreCheck asks people for basic information such as work history and where they have lived on its application and in brief interviews, and they provide a fingerprint and agree to a criminal records check.

Privacy advocates are particularly concerned about TSA proposals to examine social media postings (which, according to the agency’s top official, have been dropped), press reports about people, location data, and information from data brokers, including how applicants spend their money.

The goal is to allow TSA officers to spend more time with passengers deemed to be more dangerous. As the country commemorates the 20th anniversary of the attacks, the TSA’s efforts to expand PreCheck are unfolding in a way that privacy advocates fear will put people’s personal information at risk.

Despite the trauma that inspired its creation and the intense desire to avoid another 9/11, the TSA has frequently been the subject of inquiries about its methods, ideas, and effectiveness.

This northern summer in the United States, nearly two million people have passed through TSA checkpoints daily. They can be swarming with stressed-out travellers on weekends and holidays. In an uncertain world, most travellers accept any inconvenience as the price of security.

Travel is becoming increasingly difficult because of the Covid-19 protocol restrictions, which, when combined with the existing security apparatus, can turn a once-pleasant experience into a stressful one for travellers.